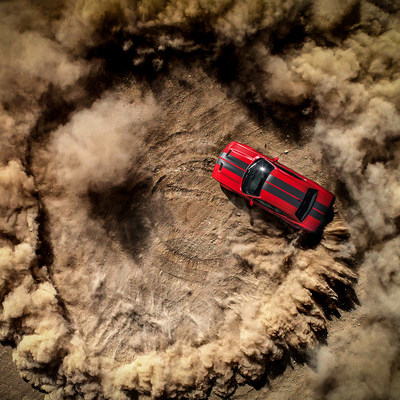 The Dodge brand has named the top 10 candidates seeking the greatest automotive title in the world – chief donut maker. Applicants were asked to show, in a short video (maximum length of two minutes), that they embody the spirit of the founding Dodge Brothers. The applicants, along with footage from their video submissions, can be found at DodgeGarage.com.

“With over 173,500 applications to review, it wasn’t easy, but we’ve selected our top 10 candidates for the Dodge brand’s chief donut maker position,” said Dodge CEO Tim Kuniskis. “Now the rubber will literally hit the road, as we take our finalists to Radford Racing School to begin the four-week competition that will ultimately determine our final two candidates, with our chief donut maker to be named on HEMI® Day, April 26.”

Dodge has enlisted champion wrestler Bill Goldberg to oversee the competition between the top 10 finalists that will put their talents to the test, ultimately taking the finalists from 10 to five to the final two candidates. The finalists will be thrown into wild, hot-seat scenarios, including racing a Dodge horsepower heavyweight (with a professional driver on a closed track).

The finale webisodes documenting the eliminations will air on the Dodge brand’s social media channels like a reality TV show, with the final episode revealing the chief donut maker on April 26, 2022 (HEMI Day).

The Brotherhood of Muscle clearly has a taste for donuts. The brand has received more than 173,500 applications, with more than 14 million video views and 576K social engagements across Dodge brand’s social media channels since announcing the search last January. The chief donut maker will be a Dodge ambassador, decked out in Dodge gear, driving a Dodge SRT Hellcat, rubbing shoulders with celebrities and racing professionals at epic auto events while making a $150,000 paycheck – and they don’t even have to quit their day job.

Dodge//SRT
For more than 100 years, the Dodge brand has carried on the spirit of brothers John and Horace Dodge. Their influence continues today as Dodge shifts into high gear with muscle cars and SUVs that deliver unrivaled performance in each of the segments where they compete.

Dodge drives forward as a pure performance brand, offering SRT versions of every model across the lineup. For the 2022 model year, Dodge delivers the drag-strip dominating 807-horsepower Dodge Challenger SRT Super Stock, the 797-horsepower Dodge Charger SRT Redeye, the most powerful and fastest mass-produced sedan in the world, and the Dodge Durango SRT 392, America’s fastest, most powerful and most capable three-row SUV. Combined, these three muscle cars make Dodge the industry’s most powerful brand, offering more horsepower than any other American brand across its entire lineup.