NASDAQ:GGPI kicked off the month of March on the back foot as the pre-merger SPAC stock closed lower as EV stocks declined. Shares of GGPI fell by 1.81% and closed the first trading day of the month at $10.86. It was another tumultuous day for the markets as all three major indices took a nosedive. The situation in Ukraine has intensified and the price of oil surged to a seven-year high on fears of further Russian attacks. The Dow Jones plummeted by 597 basis points, the S&P 500 dropped by 1.55%, and the NASDAQ fell by 1.59%.

Stay up to speed with hot stocks’ news!

The automotive industry is doing its part to condemn the Russian attacks as several automakers have stopped operations and sales in Russia. General Motors (NYSE:GM) has joined other brands like Daimler, Mercedes Benz, and Polestar parent company Volvo as well. Tesla (NASDAQ:TSLA) is receiving some non-automotive praise as CEO Elon Musk utilizes his other company SpaceX to help Ukraine stay connected to the internet via his Starlink satellite system. Tesla is also providing free supercharging for its vehicles to all countries that are being affected by the crisis in Ukraine. Meanwhile Ford (NYSE:F) has not officially halted operations in Russia, a country in which it has a 50% stake in at least three production facilities. 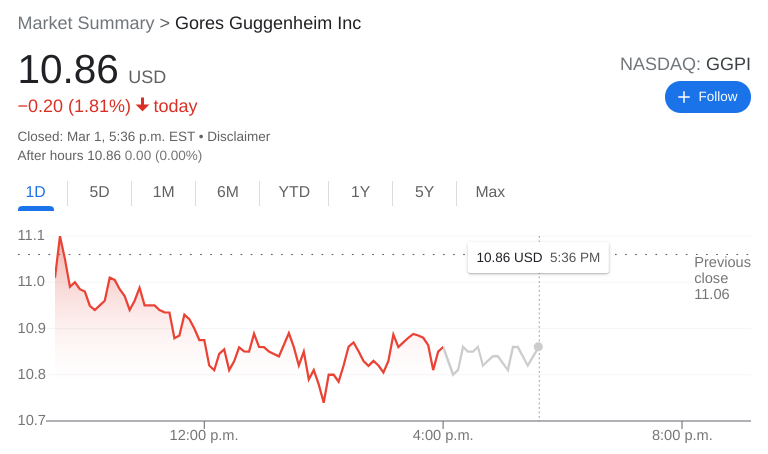 In news closer to home for GGPI, the company released early photos of its 2024 Polestar 4 hatchback model. The vehicle was shrouded in protective camo, but the design of the vehicle was apparent. The model is anticipated to compete directly with Tesla’s Model Y when it is released at some point in 2023.

Like this article? Help us with some feedback by answering this survey: