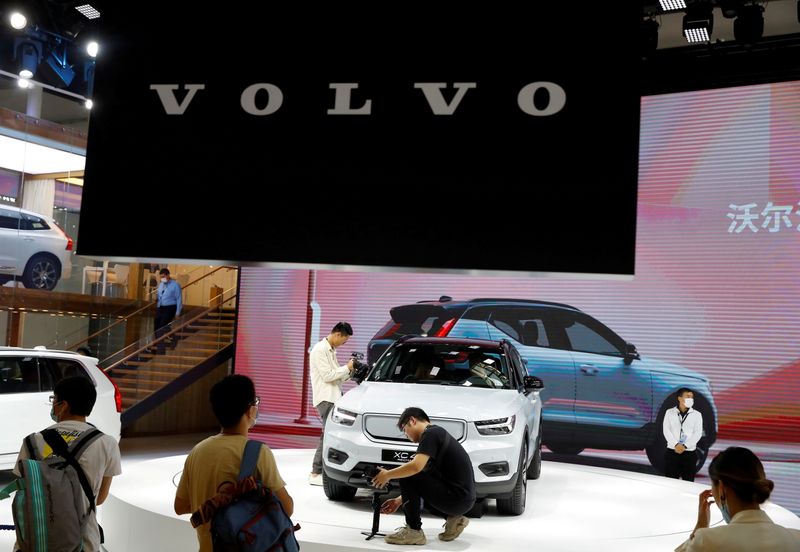 STOCKHOLM (Reuters) – Volvo Cars warned on Tuesday that the sector-wide semiconductor shortage would continue into next year, as its first quarterly report since listing on the stock market a month ago confirmed a dip in revenue and profit.

The Gothenburg-based carmaker said supply chains were still constrained but while production remained lower than demand, it had “improved month by month” since September.

“The supply situation has improved going into the fourth quarter, but we expect the industry-wide shortage of semi-conductors to remain a restraining factor,” Chief Executive Hakan Samuelsson said in a statement.

Volvo’s initial public offering (IPO) on Oct. 29 was the biggest in Europe so far this year, a sign of strength for the European automotive industry which is in the midst of a challenging transition towards electric vehicles (EVs).

The chip shortage has forced many automakers around the world, including Volvo, to cut production. Chief Financial Officer Bjorn Annwall said he expected that to be the major issue in the fourth quarter.

Volvo, majority owned by China’s Geely Holding, said preliminary sales volumes were around 52,000 cars in November, down year-on-year due to lower production and a build-up of in-transit inventory.

It confirmed a previously announced third-quarter operating profit figure of 3.3 billion Swedish crowns ($362.6 million), versus 4.6 billion in the year-ago period, and revenues down 7% to 60.8 billion crowns.

It also maintained its full-year outlook of sales volume and revenue growth with improved profitability to pre-pandemic levels.

Shares of Volvo Cars fell 2.9% in early trade, having surged almost 30% since their stock market debut.

The company has committed to becoming a purely electric carmaker by 2030. It has a 49% stake in EV venture Polestar, which said in September it would go public through a $20 billion deal.