Shares of General Motors (NYSE:GM) gained 11.9% in March, according to data provided by S&P Global Market Intelligence, as investors cheered the company’s continued push to transform itself into a leader in electric vehicles.

General Motors has laid down the gauntlet in its battle against a generation of electric vehicle start-ups looking to turn the automotive industry on its head. The company has committed $27 billion to investments in electric vehicles through 2025, part of a plan to phase out gasoline- and diesel-powered cars and light trucks by 2035. 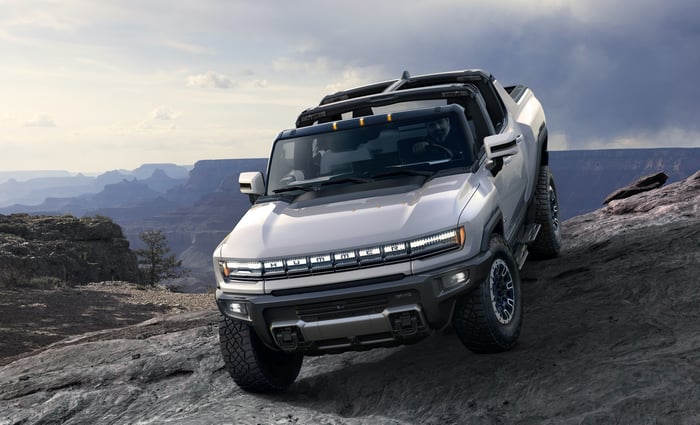 GM early in the month said it was working with partners to establish a second U.S. battery facility to feed its growing appetite.

The stock also benefited from the efforts of another legacy automaker, Volkswagen (OTC:VWAGY), to establish its green credentials. Volkswagen during the month laid out its own ambitious plan to electrify its lineup. The more investors buy into the idea that these erstwhile gas-guzzlers are transforming into electric titans the better, and Volkswagen’s announcement likely had a positive impact on the perception of GM and others.

The world, it seems, is changing fast. Companies like General Motors and Volkswagen are winning plaudits for their electric vehicle prowess, and shares of GM are outperforming Tesla (NASDAQ:TSLA) by 45 percentage points year to date.

Will it continue? It’s hard to predict how stock prices will move in the coming weeks or months. But General Motors is clearly focused on its future and has an impressive lineup of vehicles on tap for the years ahead. Increasingly, GM is looking like one of the winners in the automotive revolution and not some dinosaur headed for extinction.